This website – like its sister blog – WAS based on the uniform
of the former Adwick School. However, due to the distance that the author feels has arisen with Brexit between himself and where he came from, this peculiar feature of this blog has sadly been discontinued. You can nonetheless see the school theme when you view content on the Blog Archive.

The Strange Offensiveness in Thee and You

The address of English is one of its most peculiar characteristics. It is one of mine that this bothers me. After all, I was born and raised in England.

Not only does it bother me; it always has.  Before I even learnt another European language I had of course no words to think of the “problem”. Nevertheless, when I recently read something that had survived from my school years, it was apparent that I did think of it as a problem, even if I did not have the means either to understand or define it. When addressing my fellow pupils in assembly at (the former) Adwick School in Doncaster, I alternated clumsily between such phrases as “you as a pupil”, and “you as pupils”.

This was also before I had ever been introduced to the difference between thee and you. It is true that I had heard the pronoun “thou” in churches. Yet like (I suspect) the majority of English speaking people today, who have never used the second person singular and for whom it is now such an obsolete concept that they cannot fully understand it, I thought of “thou” – and of course its inflections “thee”, “thy” and “thine” – merely as older versions of “you” (and its inflections “your” and “yours”). That is to say, that I thought it were synonymous with “you”. 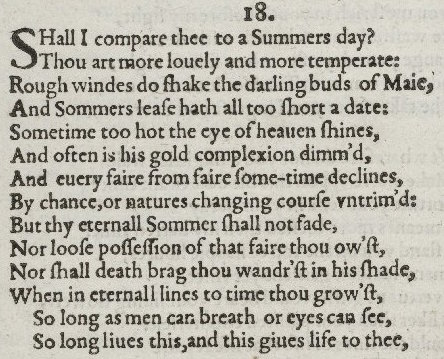 The really strange thing about this subject is not only that this is a problem, but that if you explain that it is a problem only with a tiny bit of success, you are not just met with derision – but people are often very offended! Given this concept of “thou” versus “you” is so remote from the language of today, so much so that hardly anybody fully understands it anyway, the reluctance even to hear about it is truly remarkable.

Indeed I found this out quite recently. I am a member of a group for people who are, by their own definition, “excessively concerned with minor details”. It is called “Pedants of the World”. I should therefore have thought that the finer nuances of the language should also include this. Yet when I attempted to write about it, what I had written was firstly ridiculed because it came from the Bible, and then I was accused of being a troll by someone who accused me of hiding behind what he implied was a fake Facebook account. All of this in order for those who did this to be able to dismiss what I had written without once answering a single point I made. This is only one example of the feelings that get stirred up if you dare to discuss this subject.

Naturally in any such discussion a lot of the examples used may end up coming from the Bible (or from some other religious book). “Thou” is not used in Modern English. Where else is one going to find it? The essential point, however, is that “thou” (“thee”, “thy” and “thine”) are not synonyms for you, your and yours. Neither are they merely “older versions” of those pronouns.

Before I continue any further, I must point out that I shall not be discussing “ye” in this particular post. The distinction between “ye” and “you” is the same as that between “we” and “us”, and its loss is a separate issue. The problem – and it is a problem – is the lack of a distinction between the singular and the plural.

One of the reasons this is a problem is its “chicken and egg” nature. Which came first? Do you think because of the language you use, or is language a consequence of how you think? English speaking people declare that their all purpose “you”, which is singular or plural according to the context, is not a problem. Context, we are told, always makes it clear. Yet the problem is that if you need language, or the parts of speech in a language, in order to be able to conceive things – in this case to conceive a problem – then if you do not have such words in your language, you are not even going to perceive you have a problem in the first place. If you first are able to conceive of the situations where indeed context does not make things clear, then you probably will not make such an assertion. 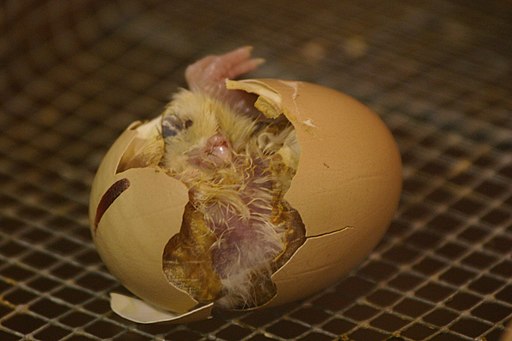 Perhaps people get offended because they find it threatening to their comfortable idea that language changes, which is to say progresses. If the change in language were merely progress, then what you said previously you would still be able to say today albeit in a different way. Yet if you cannot, this also challenges another comfortable idea, to wit that you yourself are in charge of what you communicate. Even worse, that it raises the spectre of a blind spot in your mental perception.

Be in no doubt. You cannot rewrite in Modern English (save in an impractically clumsy indirect way) what was once expressed in the lost distinction of the address. This is a completely different thing to change in the language in which words come and go. People will try to shield themselves from what I am discussing here by claiming that English gets more and more words as time goes by. Yet there are two sorts of words: there are words of the lexis, or mere labels, and there are those we call parts of speech. Everything that we can say today, Shakespeare would be able to say if ever he visited our world in a time machine. He would coin a word of the lexis when he saw a computer, and he would be able to go back to his world and tell people about computers. Yet not everything that Shakespeare said are we able to say, or understand today. Therefore the language is less efficient.

“Thou” and “you”, together with their respective inflections, are parts of speech. You cannot simply speak of their loss as though they were mere words. Indeed, though it were true that the English language is always gaining new words, this does not in itself mean that the language is getting any better. I inherited a set of china, which tragically got broken when I moved house. After I had broken the set of china, I had many more pieces of china than I did before – but the set of china was not worth as much! So it is with more and more words of the lexis. What counts is the grammatical function of a language.

It must suffice, now that I have claimed that this is a problem, to give you the proof. I will do so. If you are able to rewrite the examples I give here, so that they mean what they say in Modern English, then clearly I shall have to admit that I am wrong.

Let me begin, therefore, by using the distinction where English still uses it – in the first person. You must surely agree that if you are a doctor writing about our bodies, I can take take what you say relating to our bodies, as being relevant to my body. If it is the other way round, and I am the doctor writing about the human body, then you can take what I say about your bodies about your (own) body. So far so good. However, suppose you are another sort of doctor, this time an Apostle in the New Testament, and you are talking not about my body, not about our bodies, but rather you are talking about our body – as in our collective body of the Church. Again, we say that the other way round, I am that other sort of doctor, talking not about your body, nor still about your bodies – but rather your body…. ah! There we have the problem! Of course, to solve it at least here, I can say “your collective body”.

If you say that context always shows the meaning, then how can you see that Paul was not talking about your personal body but about your collective one? In the older Bible, you cannot read anywhere where it says “know thy body is the temple of the Holy Spirit”. Instead, and here is the nuance that a pedant ought to be interested in, you read “know your body is the temple of the Holy Spirit”. It is not splitting hairs. The two sentences are completely different. “Thou” and “you” are not synonyms.

The fact is that there is no way that this distinction can be expressed. That is a problem if you are sitting on death row in Texas for the murder another person committed (and yes, this actually has occurred). Though less dramatic, I find it a problem too when I am unable to express what I actually am thinking because the language will not permit me to do so.

That is one reason I am so thankful to providence that brought me to Norway, where as chance would have it – the language does make the distinction that is both logical and fundamental. Moreover, Norwegian has thankfully ditched the fatuous idea of using a form of plural address for politeness (as in German and French). The distinction of the Norwegian address is now merely that of number, exactly as corresponds in the first and third persons.

Still, it is strange that writing about “thou” versus “you” should cause any offence in a culture that has long since abandoned either this distinction or indeed that aforementioned system of politeness. It is stranger still that so-called pedants should laugh such writing off as a religious discussion, when it clearly is not only about language, but about an importance nuance that has been lost. That the language, and not I the speaker, determines what can be said I consider to be a problem: it is supposed to be the other way round. It is also a problem that much of the literature of the past cannot properly be understood since concepts Modern English does not express are constantly expressed there.

Show me how you can rewrite the above examples so that they still convey the same meaning in Modern English as they do in the older English, and I shall maybe change my mind. Yet you should be aware that these are just a few examples, and older literature is full of sentences that switch between “thou” and “you”. That is why, even though one should be able to paraphrase something, ultimately it becomes too impracticable a task, if one is trying to rewrite exactly the same in Modern English. Still, if you think you can do it, give it a try.

Lastly, as should now be apparent, I am not a faceless “troll”, but a very real person who also like to blog. I hope that if you comment – and your comments are welcome –  you therefore at least do me the honour of addressing the points I make, rather than simply call me names to dismiss what I say without ever having to make your case for why you think that I be wrong. As for my Facebook Profile, I am sorry, but that is a matter of privacy, and it is not open to everybody. It does not make it fake.